Since April of 2014, a US government website provides data comparing psychiatric hospitals based on quality and satisfaction indicators. “Patients and their families need facts to help them make informed decisions about medical care, and choosing the right psychiatric hospital is an important decision to make,” says a government official.

Here in Israel we are afraid twice: we are afraid to not be well, but in many cases we are even more afraid of the place where we will have to receive medical treatment, because we are assigned to only one hospital according to our address. No freedom of choice and we can’t decide where we would like to be hospitalized. We return again and again to the same hospital, as if we were captured prisoners.

On September 10, 2012, the Government of Israel ratified the UN Convention on the Rights of Persons with Disabilities, which is a non-discrimination protocol honoring the right to autonomy and the freedom to choose for oneself. What contradicts these principles more than a situation in which a person is forced to receive treatment time after time in the last place on earth he wants to be, where the mere thought of it turns his stomach, intensifies his anxieties, and deteriorates his mental state?

I also experienced these things on my own flesh.

My address assigned me to the notorious hospital Abrabanel in Bat-Yam. In light of past experience when I was 17 and lucky enough to be in the youth open ward, but heard a lot about the horror of the adults’ wards, my family and I knew that I had better not get hospitalized there. In order to bypass the regional arrangement, I went with a friend to the Interior Ministry, and I changed my place of residence to another city. After that, my brother took me to the mental health center that accompanied my new address. I had already gone through almost all the admission procedure, but then the doctor asked my brother to wait for me outside because she was interested in talking to me alone. The next thing I remember is that my brother told me: “Dahlia, we have to go from here.” I cried, “But why?” At that point I already felt that I had reached a place of refuge, a safe place where they would take good care of me. My brother answered: “Because you told the doctor that you lived in Tel Aviv.”

I knew well what that meant. Even though I was psychotic, I was not completely detached from reality because I am pretty strong at my base. But when I was 10 years old, my father — a Holocaust survivor — committed suicide with a gunshot to his head in my presence, and this trauma completely changed the course of my life.

I spent one month in Abrabanel. The sun was burning on the roof of asbestos. We were five sweating girls in a small room full of beds, with no air conditioning and no fans, no locked cells to store personal equipment. Everything looked worn and ugly, dirty and neglected. Broken plumbing, strange faucets in the shower and constant flooding.

The showers in the 3B ward in Abarbanel were not in a separate bathroom but in the general space. They did not always keep a closed door between the wings or set the screens so they would really hide, and when the women showered men would sometimes walk around looking at us naked. The food was disgusting and the staff urged us to go down to eat on the ground floor as if we were a herd of goats. The crew was cold and hard. I do not remember that they ever smiled. Three years later, someone like that smiled at me at a professional conference and asked if I remembered her. It’s too bad I did not tell her that you could not forget someone who you once came to crying about sexual assault, and she did not even look up from her notebook.

A touch of a soft hand was just a dream, but I saw people who got beaten. I remember one guy who refused to “cooperate” or maybe was unable to. He did not move despite demands. He took the blows with complete passivity, and the staff person who hit him became ecstatic. A memorable sight.

Question: Why is the choice of psychiatric institution so important and urgent? The answer: Because conditions in psychiatric hospitals are often unbearable. On February 9, 2010, Deputy Minister of Health, Rabbi Yaakov Litzman, published the following comments: “The mental hospitals are shocking, I would close them, and the hospitals are not even suitable for animal housing.” The Director of the Ministry of Health said in a parliament assembly after a visit to Abarbanel, “I wish there had been an earthquake in Abarbanel. We would build a new hospital. And this is the situation in all hospitals… I do not want to say the association it brings, you can’t say it, I never used it, but it’s the association that went through the head of black periods in this people’s life… I promise I will not forget it.” This General Director was full of good intentions, but nothing has changed since then.

We believe that applying the right of choice will lead to competition between the hospitals, which in turn will improve the service and solve some of the most difficult problems in the hospital system.

My husband Tzviel Rofe’ and I filed two petitions to the supreme court of justice in Israel in 2010 and in 2012 to ask the government to grant the option of selecting hospitals for psychiatric admission, which is the existing arrangement for other health care services. The current system creates and maintains a monopoly without any competition among the psychiatric hospitals. Our two lawsuit petitions were rejected, but the ruling of the second petition left the door open: “The question that this petition raises is important and sensitive… it is appropriate for these questions to be further addressed.”

We have initiated private legislation, with the support of a member of the Israeli parliament, to allow consumers a choice of hospital for their psychiatric admission. That eventually failed too. But as a result of our activity the Ministry of Health published a new procedure which includes the sentence: “As a rule, a patient who needs hospitalization will be able to choose the hospital in which he wishes to be hospitalized.” The problem is that the choice is made only if the hospital occupancy does not exceed 95%. In practice, there is almost no choice because the average occupancy rate in hospitals exceeds 100%.

The Ministry of Health also began publishing a daily update of occupancy rates. It’s easy to see that the option to choose the hospital practically does not exist in most cases. Moreover, we learned of a case where even though the occupancy rate in a particular hospital allowed a choice, a rare matter in itself, the institution requested the patient to bring a “release form” from his regional institution; despite his attempts, the patient was unable to obtain the form. Not only did this person not receive urgent treatment according to his needs, but he was forced to experience objectification, humiliation and distress. Even if the restriction of occupancy would have allowed a choice, the procedure would have been improper because it creates a written discrimination between us and the rest of the patients, whose right of choice is not limited by occupancy.

Despite all this, we are not discouraged. We strongly believe that if there is a right to choose a psychiatric institution, as is possible for patients seeking treatment for physical ailments, the worst hospitals will be emptied, their income will be harmed — and they will have to improve.

Discrimination against us and violation of our basic rights must end and be corrected. We do not intend to let go of the important struggle for the right to choose a medical institution. This is an elementary and trivial right whose absence is shameful, and the need to fight for it is disgraceful. We hope with all our hearts that central forces will join us and that the authorities will come to their senses and understand that the current situation is a stain on Israel’s face. Currently we are starting procedures for our third petition to the supreme court of justice. We hope that this time the judges will be more helpful.

Dahlia Virtzberg-Rofe' is a linguistic and literary editor and an ex-patient activist for the rights of people with psychosocial disabilities in Israel. She studied at the Tel-Aviv University and received a BA in comparative literature, a Master's degree in cultural research, and graduated both with honors. She established together with her husband – Tzviel Rofe' – a free online dating site for people with psychosocial disabilities and writes a WordPress blog. 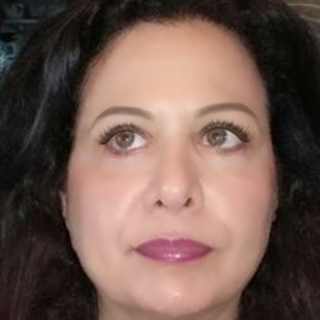 Dahlia Virtzberg , I was an ex-patient activist, leading a survivors' organization - Malam (@Malam2003 on twitter) The Israeli Association for Human Rights of People with Psychosocial Disability, a researcher, a linguistic and literary editor, and a publicist. I studied at the Tel-Aviv University and received a BA in comparative literature, a master's degree in cultural research and graduated both with honors. Established together with Tzviel Rofe' a free online dating site for people with psychosocial disability. I am a blogger - mainly on mental health issues - since 2007. In June 2018 I was chosen by TheMarker to be one of 20 women who change Israeli medicine.